Many critics have looked at aspects of my new book 'The Stonehenge Enigma' and questioned if our ancestors had the technology to build ships and boats that could sail the known world in Mesolithic times.  Within the book we look at this in depth and I would like to reproduce it here for the benefit of those short of £7.99 for the book. 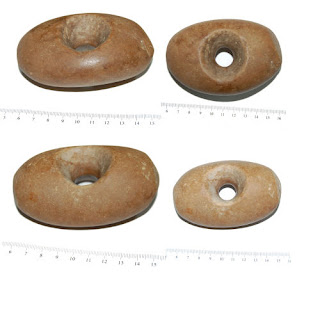 These are polished 'mace tools' - archaeologists do not know what they are for, there best guess is that it fits on the end of a stick!  So much for science.

The most interesting aspect is the hole!

How do you pot a hole in a stone without metal?  If you’re not sure go and try it - you will fail!!

Archaeologists suggest that they were very patient and chipped away little by little until the hole was formed - but this opens up two other questions:

Why polish it after, it will increase the time to make the thing 4 fold

At this point the old familiar saying comes to mind 'religious or ceremonial' which is archaeological speak for 'no idea!' and if you thought the above stones were rough enough to be chipped out by a pointed tiped rock take a look at this one! 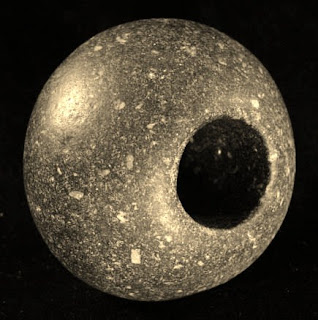 I bet you could not do a better job with a diamond tipped drill bit!!

So how was it done - aliens, super human strength or just a simple piece of technology out of time? 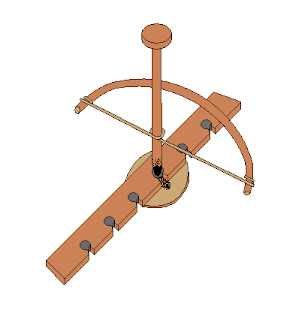 It’s called a bow drill - simple effective but credited to the Egyptians - but I think we know better now!

Posted by Bob at 7:52:00 pm
Email ThisBlogThis!Share to TwitterShare to FacebookShare to Pinterest