I find it quite amazing that just a stones throw away in geographic terms we find that 'boat people' have been found and are accepted as the oldest civilisations directly after the last ice age.  It is if British archaeologist are out of their 'comfort zone' to study these neighbours of ours to see if there are similarities we can see and incorporate into our own Mesolithic findings.

Here is extract from 'The Full Wiki ': http://www.thefullwiki.org/Nordland

'There is evidence of human settlement in Nordland as far back as 10,500 years ago, about as early as in southern Norway. These Stone age people lived near the coast, often on islands and typically along straits near the open sea, with a rich provision of marine resources. Such archeological evidence has been found on Vega, in Leirfjord and along Saltstraumen. There are at least 15 locations with prehistoric rock carvings in Nordland, from Helgeland in the south to Narvik in the north (see Fosna-Hensbacka culture).' 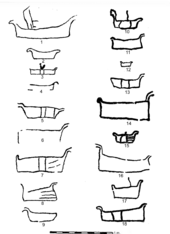 They lived on coasts and islands and travelled by boat - as you would do in a flooded watery environment.  Consequently, if I'm correct about Prehistoric Britain wouldn't we do the same?

So what areas of Scandinavia were occupied at the end of the Ice Age and is their a relationship to Britain? 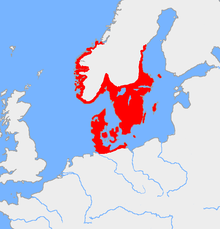 The entire civilisation was water based and lived in rivers of on the coasts - yet our archaeologists insist that we lived as 'hunter/gathers on dry land!!  and remember between us and the Scandinavians was not the North Sea but 'Doggerland' 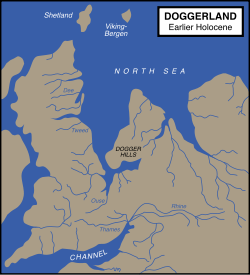 So trading and communication with this civilisation was by following the shallow coast routes to a place we know existed in 9000BC - Star Carr, were we have found a town on the edge of a lake with the first house and 'planks' of wood.

So, have we progressed by 9000BC from reed boats to wooden boats?

Even with all this evidence of boats in Mesolithic Period there will be some that would doubt that these boats could carry the stones that constructed Stonehenge - but look at this cave drawing: 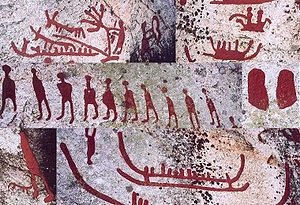 Is the image in the top right a boat carrying a huge stone and is the two upright figures below standing stones??

I only wish that this drawing was from the Cheddar Gouge overlooking the route to Stonehenge - unfortunately for me its not its from Häljesta, Västmanland in Sweden.

But it clearly shows transporting stones on boats was common place in Northern Europe as it was in ancient Egypt in the Mesolithic Period.

Posted by Bob at 9:48:00 pm
Email ThisBlogThis!Share to TwitterShare to FacebookShare to Pinterest