On my last post I showed that the University of Oxford has found an isotope to identify 'flooded' terraces that were used by the Neolithic settlers rather than creating farmland by 'clearing forests' as archaeologists current suggest. 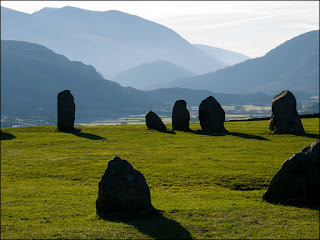 This week we look at some more evidence from the University of Manchester in their paper 'Mesolithic Mammal fauna of Great Britain' 2000.

The big question we previously asked was 'why would you cut down forests if there was sufficient flat grazing land to plant seeds and turn into farms'.  To see the flaws in the current Mesolithic-Neolithic transition theory (which suggest a rising population caused the use of agriculture), we need to find out the population of Britain at the end of the Mesolithic - Fortunately, the University of Manchester estimates this at just 2,500 people - that is equalling to each person in the Mesolithic able to have 88 sq km each or roughly the Isle of Jersey each.

So you not exactly running out of land to hunt or gather, especially when you are reminded that 90,000 people live there now! In fact the population would need to be around the 423,710 figure to give them just 1 acre each - this figure was not estimated until the iron age some 3,000 years later.

So what is the truth?

Let's look at how much flat grassy plains were available from the drop of water levels in the Mesolithic period - University of Manchester estimates about 42,371 or about 19% of the total landmass.  That gives every person 17 sq km of flat grassland!  So why on earth would you chop down a forest to make a farm when there is so much land available you can just find a spot and grow some seeds?

And so, that is exactly what they did, when the water levels fell in the Neolithic - the rest of the forest was felled later in the Bronze and Iron age when the weather conditions allowed then to do so easily with metal tools.  The problem for anthropologists is to explain this 'culture change' as farming was available but ignored, until the water levels made it impossible for 1,500 boats to survive on the twiddling British waterways.

Moreover, another set of statistic show how pathetic this 'hunter-gather' myth really is when looking at the numbers of dangerous animals living in the forest.  There is a whole collection of animals waiting for Mesolithic settlers to wander into the wilderness to become - their prey:

Clearly this evidence shows us that over population at the end of the Mesolithic did not create the 'farming' revolution as current theories suggest, for there was more than sufficient land available for such a small population.  This was moreover, a fundamental change in 'culture' and attitude that had gone unchanged for the prior 5,000 years of the Mesolithic period. This change from 'peaceful' existence within nature was replaced by metal, war and possessions, a totally different ideology - which will be fully examined in my next book and subsequent blogs.

Posted by Bob at 8:05:00 pm 48 comments:
Email ThisBlogThis!Share to TwitterShare to FacebookShare to Pinterest

Nitrogen-15 The isotope way of detecting the Prehistoric Flood Plans? 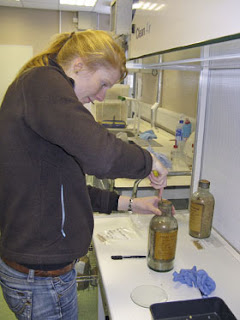 
This is how the Crop Isotope Project reported there discovery:
As any gardener knows, animal manure does a brilliant job of keeping soils rich in nutrients and easy to work. Though chemical fertilizers are now widely used, manuring still plays a critical role in food production in many parts of the world today. But was it always so important?


The Crop Isotope Project is the first attempt to systematically assess the importance of manuring in early farming communities, dating back thousands of years - and the results have been, well, ground-breaking.
Food science, a discipline far removed from archaeology, provided the key clue: an approach used to authenticate organic produce! Previous research showed that mineral fertilizer and farmyard manure have different effects on which forms of nitrogen get incorporated into the soil and taken up by crops.
Nitrogen comes in different forms, called 'isotopes'. Mineral nitrogen is rich in the lighter stable isotope (14N), whereas farmyard manure has more of the heavier form (15N). Food scientists use this contrast to identify fertilizers applied to vegetables, to ensure that only 'organic' manures were used on produce that's labelled organic.
The conclusions from the study is that Neolithic man place farm manures on the soil to help them grow - which is quite sensible until you think about the first farmers in any details. The problems these researchers failed to ask or answer:


The first farmers were surrounded by forest - how long does it take to clear a 'plot' which can both cater for both pasture and crops?

The chemists looked at a middle east model for their ideas - the problem is that the middle east was not covered by a forest - it was flat barren land, the European model is totally different. Traditional archaeologists tell us that great fires cleared the forest then farming began in the clearings. Absolute tosh!!

Recently in Britain we had the worst fires in living memory in Scotland, Wales and even Berkshire bordering London have had these 'devastating fires in May - go there today, yes the ground is chard, but all the trees are still standing - so how long would it take for 1 Neolithic man to cut down 1 acre of land 1/2 for grain and 1/2 for animals.

I acre of ground is 4,840 square yards - if a tree is every 6 feet (its a forest not a wood!!) that's over 2,000 trees, to be burnt and then cut with a stone axe - that's 3 years - non-stop and then you need to take out the roots - that's 6 years without rest or bad weather - let alone it growing again behind you - absolute nonsense!! 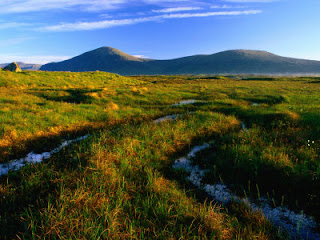 
Nitrogen-15 is found in manure, that's because its in rich pasture soil which a rivers flood plain produces - it is found in far greater concentrations than manure. When the flood waters of the Mesolithic retreated it revealed the flood plans which the Neolithic utilised as it was rich, flat and wet.

So congratulations Dr Amy Bogaard on your find - but you found yet another proof of the prehistoric flood plans of Britain.

Posted by Bob at 9:14:00 pm 5 comments:
Email ThisBlogThis!Share to TwitterShare to FacebookShare to Pinterest

Rather than letting you have to wait for the next edition of the book when new information is obtained and then you having to pay the full price for an updated copy.  ABC Publishing Group has taken a 'customer first' internet option which allows me to to constantly update the book for FREE - yes i'll repeat that 'for FREE!'.

On this occasion pages 84 to 86 have been updated with a much more accurate illustration (as below) and at the same time we can amend two small 'typo' errors.

The idea is that you can follow the link: Open - Stonehenge Enigma Update 1-0711.pdf and a PDF book will open with the amended 3 pages, which you can print and replace (as its the same size) with the current pages - with glue.

NW Entrance - as Stonehenge would have looked in 7500BC

If you think that spoils the book, the publisher is willing to replace the entire book with a new updated version  (with the new pages included) if you send a cheque for just £5.99 (this includes postage and packing - overseas customers its £6.99) WITH THE OLD BOOK - no cheating please! to:

The book will be with you in about a week.
Posted by Bob at 6:58:00 pm No comments:
Email ThisBlogThis!Share to TwitterShare to FacebookShare to Pinterest
Newer Posts Older Posts Home
Subscribe to: Posts (Atom)