Seasons Greetings to All Our Readers!! 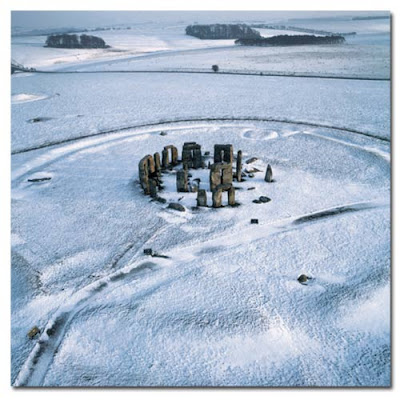 As it is the Winter Solstice, I can't just let this time of year go without another 'Revelation' to do with Stonehenge.  This date (technically its early tomorrow morning) is very special for the builders of Stonehenge during the 'Second Phase' of its construction, for not only did they build 'The Avenue' towards the Sunrise of the Summer Solstice, but the 'Temple' of Sarsen stones was built to the Moon and consequently the Sunset and the longest 'Night', which is tonight.

One of the greatest mysteries of Stonehenge, which has been commented upon by some academics, is the 'incompleteness' of the site - the SW quadrant of the structure seems to lack the gigantic uprights that other areas posses.  This is compounded as there is a lack of the stone holes, one would have expected if the stones had been robbed away and therefore missing, with the associated lintels.

But all this speculation is based on an 'assumption' which has never been proven - that the monument was completely round and joined with lintels.
The reason Archaeologist believe it was round, is because they don't know what the monument represents or its purpose - So hence the round 'temple' is based on the side that still stands remaining.   This clearly is wrong, as we have proven in 'The Stonehenge Enigma' - the 'Temple' was constructed (like the original Phase I, Ditch and Bluestone Stones) to the 'Dead' and the 'Moon'.  Consequently, the monument is 'crescent shaped' and NOT round - so all the upright stones, have survived.

There are some very good reasons why this shape is unique and shows us that these ancestors had a knowledge of higher mathematics some 4000 years before these formulae were credited to later civilisations.  Details of these mathematical constants will be published in my forthcoming book 'Dawn of the Lost Civilisation' in June 2012.

But as a 'taster' for 2012 here is the first picture of how Stonehenge really looked after its construction.


The alignment of the large inner megalith and the smaller outer standing stone arch, with the Winter Solstice setting sun confirms the date of construction of Phase II of Stonehenge as 4500BC. 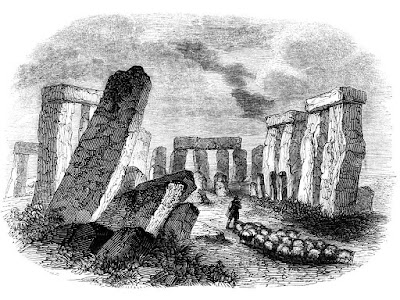 Posted by Bob at 6:30:00 pm
Email ThisBlogThis!Share to TwitterShare to FacebookShare to Pinterest