In support of Scientific Ignorance


From the New Scientist. 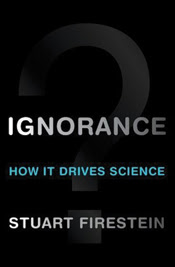 Discussing what remains outside human understanding, and how we whittle away at the edges of such ignorance, is Firestein's way of acquainting students with how scientists think. The course is designed to give a grounding on the scientific method to students not pursuing a science degree.


The fundamental attribute of successful scientists, Firestein argues in this pithy book, is a form of ignorance characterised by knowing what you don't know, and being able to ask the right questions. Plenty of classes offer enquiring minds vast piles of knowledge. Firestein says he is out to expose students to the mysteries, to what glimmers beyond human understanding.


To demonstrate the crucial role of this type of informed ignorance, Firestein highlights two well-known examples. The first, Heisenberg's uncertainty principle, asserts that we cannot know the position and momentum of a particle simultaneously. That is, the more we home in on one property, the less accurately we can determine the other. His second example is Gödel's incompleteness theorems. These state that there is no entirely self-consistent logical framework for mathematics. In essence, they show that you can always formulate logical statements for which there will be no clear true or false answer. Firestein underscores how, instead of leading us to dead ends, both of these discoveries answered some questions and, importantly, positioned scientists to ask more.


He also provides a simpler example. Mathematicians in ancient Greece were frustrated when they could not calculate the square root of 2 - the length of the hypotenuse of a right-angled triangle when the other sides each equal 1. Now, he points out, we just use this value (√2), an irrational number, to solve equations.


Firestein also includes more modern examples of productive ignorance. As part of his course, he invites fellow scientists to come and talk about the limits of knowledge within their particular fields. For example, psychologist and animal-behaviour researcher Irene Pepperberg discussed the question of whether animals possess consciousness. 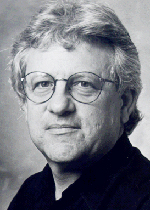 Pepperberg studied her famous parrot Alex for 30 years - until he died aged 31 - and taught the bird 100 words, which he used in simple phrases. Her research, she says, gave us "a glimpse of his brain". We may not have an answer to the wrong-headed question of whether birds possess true language, but Alex inspired new questions about how we understand animal minds.


Several other guest lecturers came from the world of physics. Firestein argues that physics occupies a special place among the sciences because its scope ranges from everyday phenomena to worlds both incomprehensible and infinitesimal in scale. Yet when a theoretical physicist came to present his work before the class, it revealed the limits of Firestein's approach, and perhaps that of any course that attempts to truly reveal how scientists think. Theoretical physicists often work with concepts difficult to convey in language, so instead express their ideas in equations using mathematics that even most scientists could not fathom.


Firestein closes by sharing his own experience. Unusually for a professor of biology, he spent more than 15 years working in the theatre. He did not take his first college course until he was 30 and earned his doctorate at 40 before moving into his specialisation. This late entry into academia made him unusually aware of the need to get comfortable with the limits of his knowledge. He says that the ability to identify the boundaries of one's ignorance is essential to pushing them back.


As a student of Philosophy and Quantum Mechanics, and yes they are linked as I believe that QM is the mathematics of Metaphysics - as both can only be fully understood, if you accept that the universe is possibly not as solid or complete as our traditional science teachers once lead me to believe, many years ago in school. 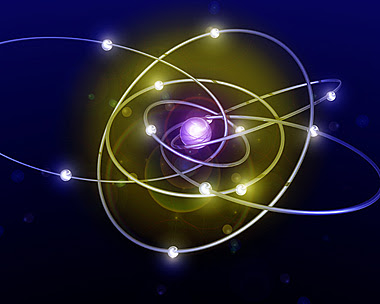 So what does this have to do with Archaeology or my trilogy?

In a strange way you need a new set of rules to understand prehistory, mathematics call it algebra, when Einstein wrote  E = MC2, he was creating symbols to represent concepts. This is a new mathematical language which allows QM physicists to play with concepts beyond the limitations of the mind.

This has practical applications, for when Darwin wished to PROVE his evolution theory he needed a new kind of maths that could calculate the chances of mutation within biological evolution - this was finally achieved by a brilliant young man called Robert Fisher (not the chess player) who never obtained the fame that Darwin attracted, in his book 'The Genetical Theory of Natural Selection' published in 1930. 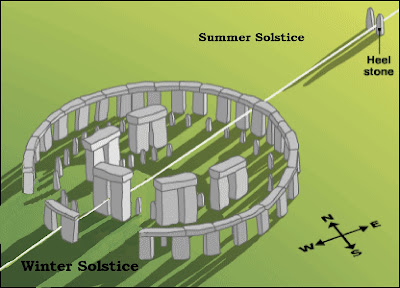 To understand prehistory, I believe you need new set of mental and judgement criteria, artefacts on there own, like Stonehenge as an entity, do little to tell you about their society and its complexity.  But the engineering and maths of the constructions does offer us a new insight of their mindset and concepts of the designers.

These new 'insights' about Stonehenge and there builders include the discovery of how the monument originally looked, which lead me to discover the famous 'Golden Ratio' - which we also find in Greek and Egyptian buildings over 1,000 years later, indicating a the existence of a structured and far travelled society of great knowledge and ability, far beyond the stones that archaeologist attempt to decode.


Posted by Bob at 10:26:00 pm
Email ThisBlogThis!Share to TwitterShare to FacebookShare to Pinterest