Happy New Year to all my readers.

Over the holidays I had a chance to look at the site's statistics and find to my pleasure that the number of visitors has risen dramatically over the last few months even though the first Edition of the Stonehenge Enigma has not been available since I relocated in May last year.  We are currently hitting 9,000 page hits per month (300 per day) to a global audience throughout the world.

These staggering statistics reminds me of the power of the internet and the ability it has to promote ideas - for it is the greatest invention in the history of mankind!! 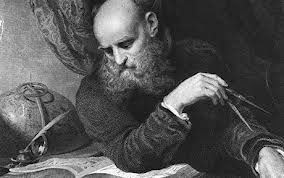 It is also a reminder of a world, just 350 years ago, that used 'suppression' to control the thoughts of the mass population against any kind of 'original thought'.  Galileo Galilei; (15 February 1564 – 8 January 1642), was an Italian physicist, mathematician, astronomer, and philosopher who played a major role in the Scientific Revolution. His achievements include improvements to the telescope and consequent astronomical observations and support for Copernicanism. Galileo has been called the "father of modern observational astronomy", the "father of modern physics", the "father of science", and "the Father of Modern Science".

Three hundred and fifty years ago he was not father to anything, he was a 'heretic' as he believed that the earth went around the sun, contrary to the bible.  Galileo did not have the internet to promote his hypothesis and the church had a complete monopoly over ideas and the print industry at that time.  Moreover, even after verification of his evidence and acceptance of his theories, it still took another fifty years for the 'Inquisition's ban' on reprinting Galileo's works to be lifted in 1718, when permission was granted to publish an edition of his works (excluding of course the condemned Dialogue's) - the church finally lifted the partial ban in 1835, just 178 years ago and 193 years after his premature death.

Sadly, this kind of institutional censorship still survives today, but in a different form.  The print industry in the last century, through books used to (and in some instances still do) publish ideas through 'accredited' authors only (Professors and some PhD's, within the subject matter).  But this is not the censorship of ideology, it is censorship through publishing editorial ignorance!

I was at a journalist workshop the other day at the Guardian Newspaper (one would imagine a safe liberal minded audience) the science writer confessed that most of the new books and articles under review were written in such convoluted scientific language that most people including the editors of scientific journals, had no idea if the content was true of false, so they had to rely on 'peer review' for its accuracy.  The problem with this system is that is fraught with major concerns, as your peer maybe either your competitor or rival.  The long term effect of this ignorance, is the stagnation and dismissal of new ideas (even if there is overwhelming evidence) just like we have seen with Galileo's life. Not because he was wrong, but because if he is right - his (so called) peers would be shown to be wrong!!

Richard Horton, editor of the British medical journal The Lancet, has said that:

The mistake, of course, is to have thought that peer review was any more than a crude means of discovering the acceptability—not the validity—of a new finding. Editors and scientists alike insist on the pivotal importance of peer review. We portray peer review to the public as a quasi-sacred process that helps to make science our most objective truth teller. But we know that the system of peer review is biased, unjust, unaccountable, incomplete, easily fixed, often insulting, usually ignorant, occasionally foolish, and frequently wrong

So much for peer review.

I will be publishing this week the First Chapter of the NEW second edition of 'The Stonehenge Enigma' - but before then I have attached a Video of a DVD called "The Pyramid Code" sent to me by one of my readers - thank you!

In this video Dr. Carmen Boulter outlines a hypothesis that has some striking resemblances to my book and its findings.

The first similarity is the topological placements of the ancient pyramid monuments along the Nile's flood plain - she believes that in the past the Nile was much bigger than today and the pyramids were on the edge of the Nile shoreline just like we have suggested with Stonehenge, Avebury and Woodhenge.  The next aspect you should note is the causeway alignments to the Solstice at the Giza plateau, which match the alignment and construction of The Avenue at Stonehenge - to me, indicating the same civilisation built both monuments.

This 'flooding' is no coincidence as our next book 'Dawn of the Last Civilisation' shows that the earth suffered a traumatic 'shock' after the last ice age, which should be no surprise as ice covered a majority of the globe and as a consequence not only did Britain flood, as I have described, but ALL of the worlds rivers grew in size and the most ancient of structures (such as Tahuanacu and Gobekli) were constructed on the shores of these 'lost rivers'.

Posted by Bob at 2:13:00 pm
Email ThisBlogThis!Share to TwitterShare to FacebookShare to Pinterest