In the July/Aug edition of the CBA's magazine British Archaeology an English Heritage's report 'Palaohydrology of the Kennet, swallowhead springs & the Sitting of Silbury Hill' is examined in an article by Steve Marshall about Silbury Hill. 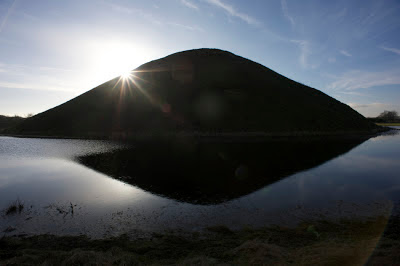 The amazing aspect of this report is that it recognises parts of my hypothesis and accepts that in the Avebury area in prehistoric times, "groundwater levels were 5m higher than today" and the above picture is offered in support of this analysis as it has been customary wet this spring.  They also go on to tell us that " Water in chalk rivers like the Kennet comes mostly from underground, rather than from immediate precipitation.  Modelling ancient groundwater patterns, Whitehead and Edmunds found that the now seasonal Swallowhead spring - dry in summer, wet in winter - would have flown all year round". 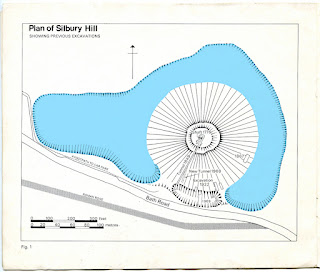 This map is a very conservative attempt on mapping the groundwater and ignores the geological facts under the ground which are shown on this map. 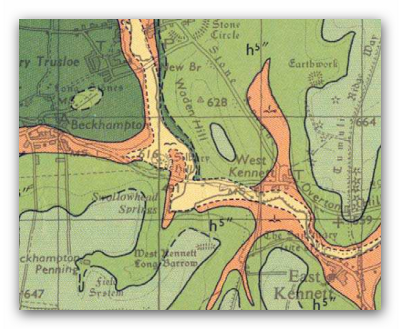 For my regular readers this looks very familiar as all this appeared in this web site and in the First Edition of the Stonehenge Enigma:

Eventually, when Avebury lost all of its groundwater, our ancestors built Silbury Hill as the new landing site to the complex. Silbury Hill is the largest man-made island in Europe, and was set at the end of the Neolithic waterway.  Composed mainly of chalk and clay excavated from the surrounding area, the mound stands 40 metres (130 ft) high and covers about 5 acres. As we have already seen, it would have taken 18 million man hours to deposit and shape this vast pile of chalk and earth on top of the natural hill that forms Silbury’s foundation. The base of the hill is circular, 167 metres (548 ft) in diameter. The summit is flat-topped and 30m (98ft) in diameter.

At this point, to maintain the link to Avebury, the Sanctuary was created and a stone causeway was introduced from the landing site at the end of the peninsula to Avebury.  It should be noted that the original track went North East from the Sanctuary. This path would have taken our ancestors around the groundwater and over the hill to a place called Falkner’s Circle, which has now been destroyed, but once overlooked Avebury.  From this stone circle, the path went down to the existing stone avenue toward Avebury. This stone avenue, like the one at Stonehenge, has a strange kink in its design, as if it went in a different direction before being changed at a later date. The kink shows that the original path led to Falkner’s Circle, and we believe this was the route our ancestors used in the Neolithic Period.

Which will give us a map that looks more like this: 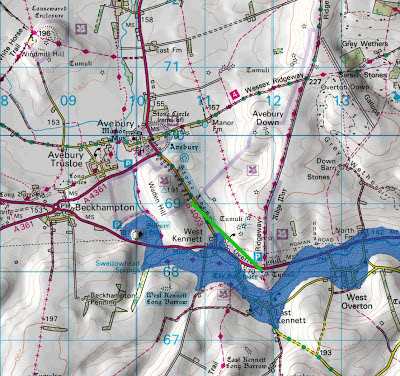 And the reason for Silbury Hill with the flat top - very simple really!! 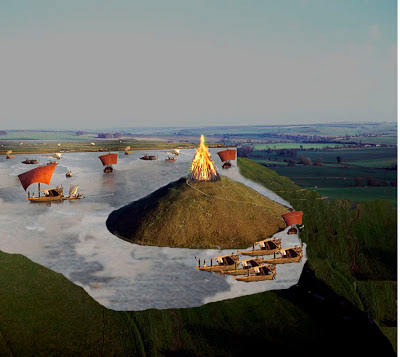 Now that all the critics have been silenced by the scientific logic and evidence produced to support my hypothesis we can now move on to more important aspects of this fundamental discovery - this is examined closely in the second edition out on the 16th June and the 18th Chapter of this revolutionary book will be fully reproduced on this web site to coincide with a worldwide press release.

Posted by Bob at 7:42:00 pm
Email ThisBlogThis!Share to TwitterShare to FacebookShare to Pinterest