The Greatest True Story ever told...

'Dawn of the Lost Civilisation' By Robert John Langdon 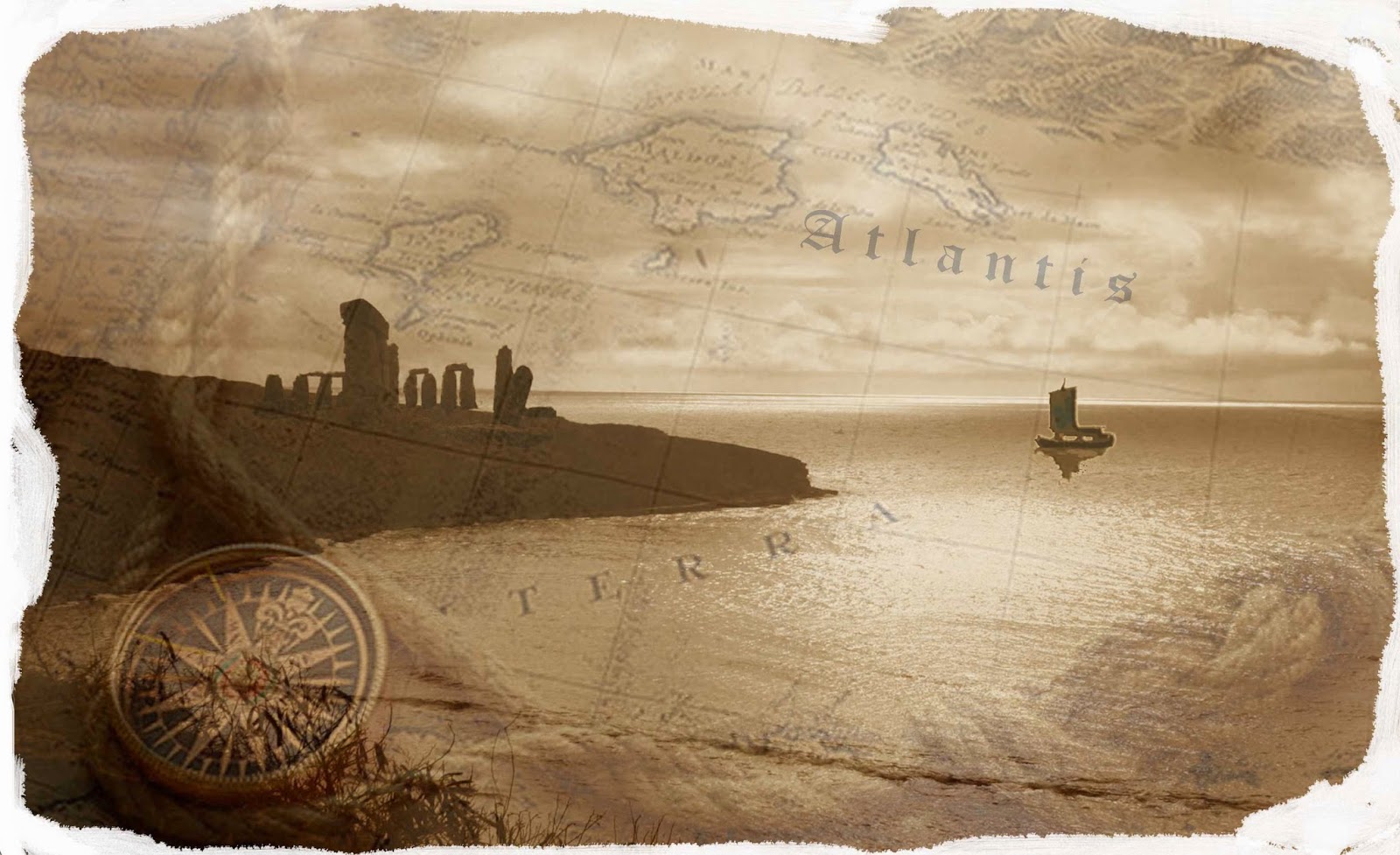 - the anthropological book about the origins of Atlantis and it's people.

I am dotting the i's and crossing the t's on this second book of my epic trilogy Prehistoric Britain - it will tell you everything you wanted to know about our past and who shaped it, in so much detail I can even tell you their names!

RJL
exp
Posted by Bob at 10:37:00 am No comments:
Email ThisBlogThis!Share to TwitterShare to FacebookShare to Pinterest

A Case of Archaeological Censorship!

When I launched my book 'The Stonehenge Enigma' some four years ago, I undertook the normal practice of sending review copies to Archaeological Institutions, Newspapers and prominent Archaeologists.  This resulted in the Sunday Express doing a very nice double page spread on my hypothesis and placing the book within their own book club.

Other outlets also reviewed the book, including some that made fun of the fact it supported the great flood theory written about in the bible.  Also contained in the first response to my book were 'Peer Reviews' that were returned to me including 'famous' TV archaeologists, which I didn't use or publish as they we quite frankly their critical analysis of the hypothesis was quite simply 'wrong' as they assumed that the findings was based on rising sea levels (which clearly it was not!).

So to save these individuals embarrassment, as I respected their past work, I did not publish the peer reviews.


So last year when I published the second edition of the book with new compelling evidence that proves the hypothesis beyond reasonable doubt - Yet I was 'shocked' at the lack of interest in the subject matter compared to four years earlier.

Had everyone gone off archaeology?

I knew that the books had been reaching the intended recipients as they started to appear on Amazon as 'new' books at a vastly discounted rate.  But it was only recently that I found out why the second edition book has such 'poor publicity'.  After six months of zero reviews (although I had increased my review database by 150% to included worldwide archaeology magazines), I decided to cut corners and just place my own article in these magazines in the form of this advertorial. 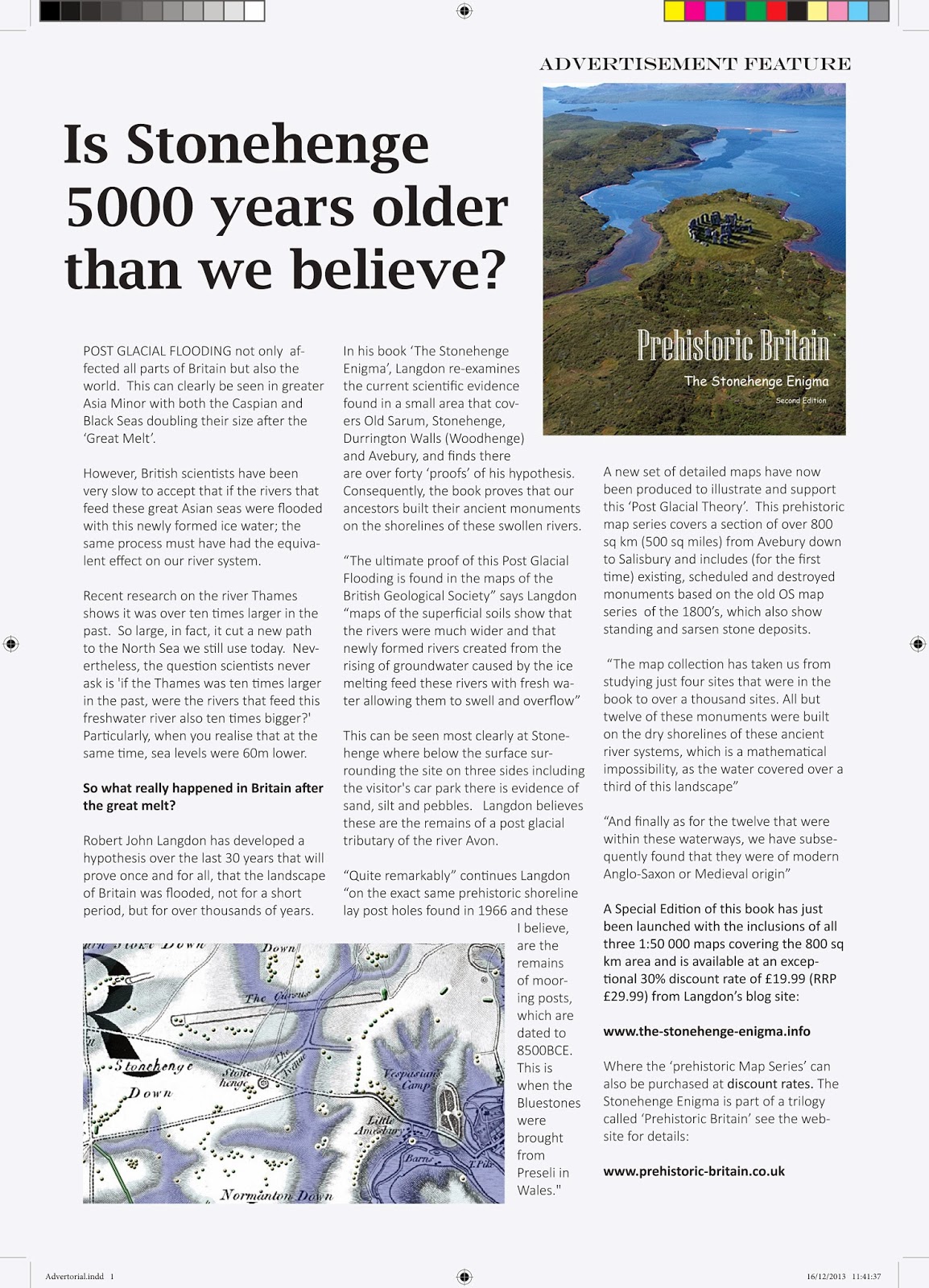 Taking to the main two magazines Current Archaeology and British Archaeology Magazine, both were more than interested in my advertorial and the fact I was happy to pay them the £500 for the privilege.  Once the copy was sent to them 'strange things' started to happen.

One didn't acknowledge the receipt of the email attachment - so I sent it a second time and followed up with a call suggesting it had not been received.  The second magazine uses an 'agent' to place the advert who emailed be to say 'that they are not happy with the copy' - when we pursed the agent they then confessed:

"they are unwilling to discuss the subject matter!"


This astonishing fact was further compounded when, in response I published my 'Post Glacial Maps' - the first detailed prehistoric maps in History!!   And of the 82 archaeological magazines contacted only one run the article:

I even had a BBC TV crew coming down to my exhibition in Rottingdean to see the maps on display (a series of urgent phone calls from them over a two hour period to get a firm time and free access for their vehicles) - yet fifteen mins before they were due to arrive they pulled out of the interview and would not reschedule!  Further, calls to the presenters assistants confirmed my fears that they were 'warned off' by a senior archaeological professor who they wished to part of the report.

We look at Putin's Russia, China and North Korea and comfort ourselves that we in the west are free from censorship - but are we?  We have seen in this site blogs showing us that the 'Truth is NOT out There' and we have to fight the establishment under the freedom of information act to divulge the truth:


So why do they hide the facts from us?

Sadly, it's all down to money not principle.  If I am right about Post Glacial Flooding the establishment (English Heritage) and the archaeologists that lecture and write books and articles for money are wrong.  Will EH and the museums pulp all the books, bin all the signs as they are wrong?  Will the eminent professors resign their posts and return their PhD's as it is based on garbage and poor research - no chance!

They will ignore the findings and hope I go away!!

I have recently, been in contact with Dean Talboys who was the first to recognise that water played a major part in the construction of Avebury:

He tells me the same situation happened to him when he first published:

"I assume you're not an archaeologist then? I hoped I had coined the term "Archillogical" when I developed my theory about Stonehenge back in 2006. At one point I created a 3D model of 30 men stood in a circle, arms locked to represent the archaeological community's closed-minded attitude towards what the uninitiated (like myself) knew to be absolute nonsense.

I left it out of the book, relying instead on a painstaking disassembly of orthodox belief. And for what you might say? Only one Prof. of Archaeology stepped out of line to admit my theory really did hold water (literally). All my efforts to have the articles published were to no avail, even though I had received a peer review. I wish you well."

So long as there is an Internet free from control and people like Dean who have 'open minds' and intelligence to see that the establishment is either deluded or quite simply lying to for the sake of money and position.  Then I will continue and expand my writings to prove them wrong, for the words of George Orwell in his classic 1984 (which was about 1948, if you were unaware) ring truer today than when I first read them some years ago.