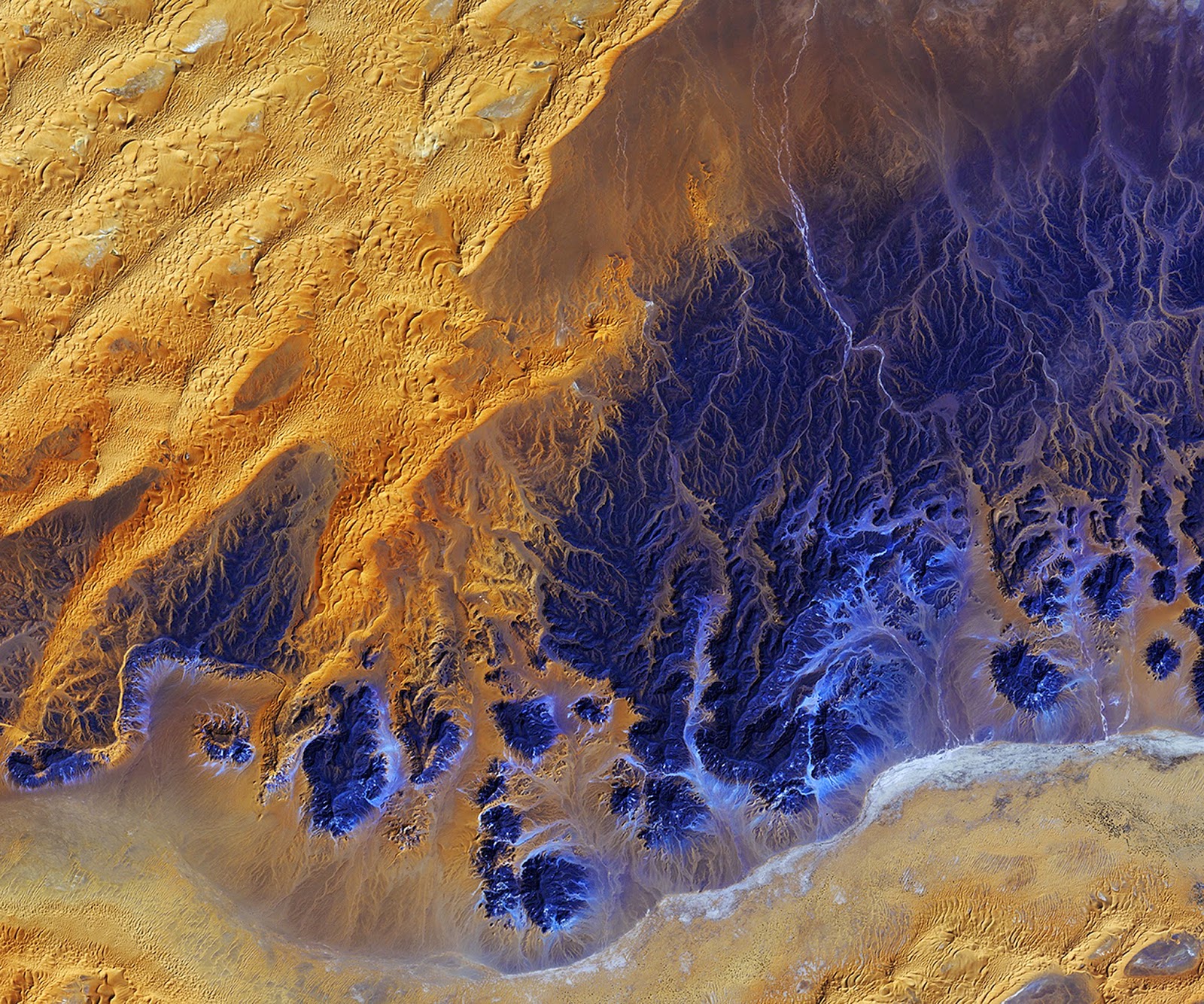 Believe it or not its the Sahara Desert - and just take a look at the remains of those 'once upon a time' rivers that used to flow across this desert.  Go back 25 years and the archaeologists and historians would have told you that these rivers flowed hundreds of thousands if not millions of years ago (just like Britain's dry river valleys ) - but then we find cave paintings in the desert like this: 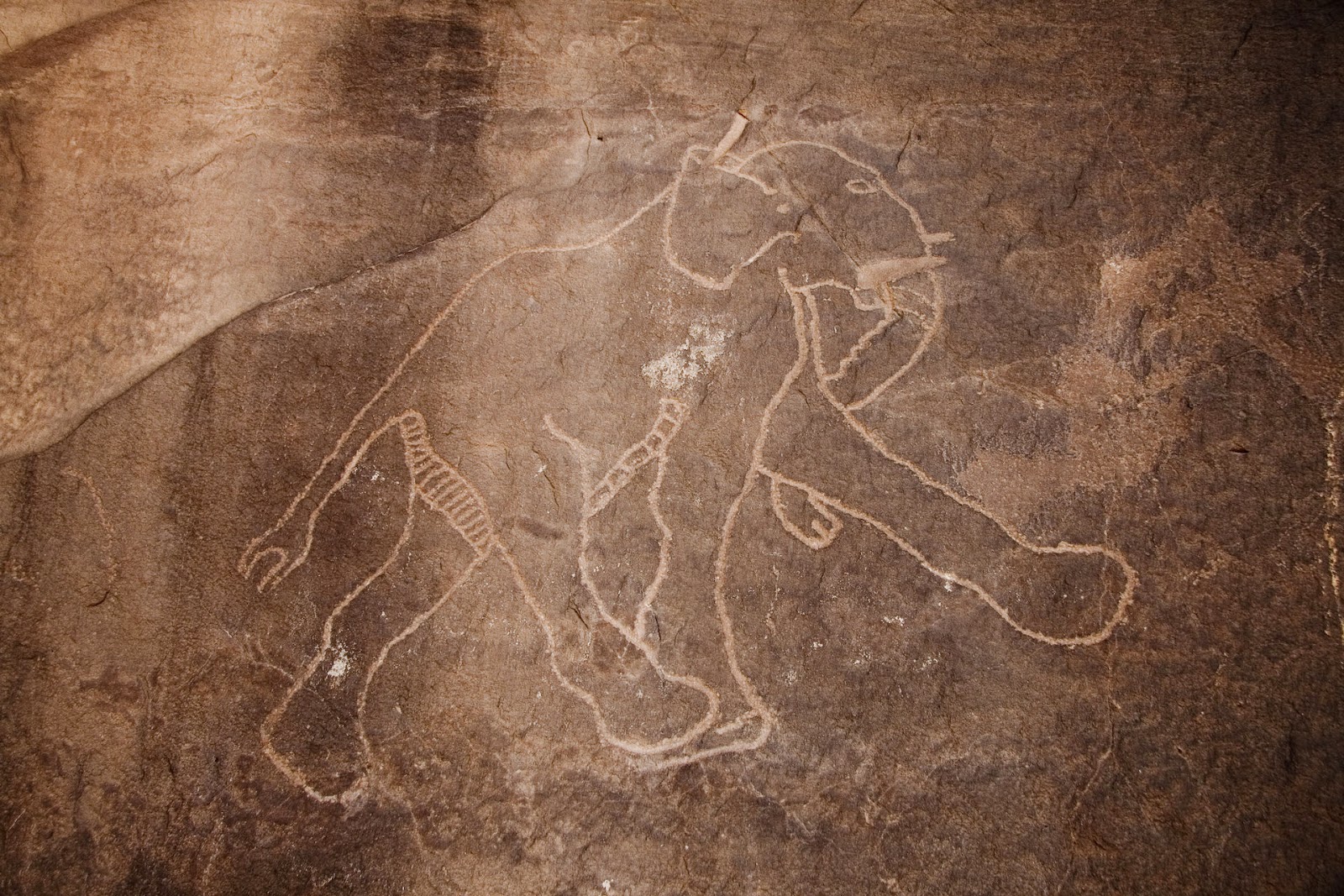 The cave paintings found at Tassili n'Ajjer, north of Tamanrasset, Algeria, and at other locations depict vibrant and vivid scenes of everyday life in the central North Africabetween about 8000 BCE and 4000 BCE, in the Mesolithic (Middle Stone) age. They were executed by a hunting people in the Capsian period of the Neolithic age (3000 -1900 BC) who lived in a savanna region teeming with giant buffalo, elephant, rhinoceros, and hippopotamus, animals that no longer exist in the now-desert area. The pictures provide the most complete record of a prehistoric African culture.

But this change of the environment did not just affect North Africa it also affected but also Asia Minor.  This is what happened to the Black and Caspian Seas: 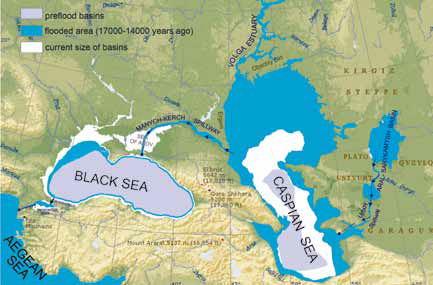 SO JUST SIX THOUSAND YEARS AGO THE SAHARA DESERT WAS TEAMING WITH WATER, TREES AND EXOTIC ANIMALS.  IN ASIA THE BLACK AND CASPIAN SEAS DOUBLED IN SIZE AND IN AMERICA THE GREAT BASIN WAS A SERIES OF DEEP FRESH-WATER LAKE WHICH ARE NOW ARID VALLEYS -  YET IN GOOD OLD 'BLIGHTY', ALTHOUGH THE 2 MILE HIGH ICE SHEET WAS ON OUR DOOR-STEP NOTHING HAPPENED OR CHANGE FROM WHAT WE SEE TODAY?

SUCH NAIVE IGNORANCE IS CREATING THE NONSENSE WE SEE IN ARCHAEOLOGY TODAY - Its just another Ancient Thing That Doesn't Make Sense in History, and never will!

RJL
Posted by Bob at 11:47:00 pm
Email ThisBlogThis!Share to TwitterShare to FacebookShare to Pinterest