Mark Knight and the University of Cambridge have been excavating a site near 'Flag Fen' called Must Farm. 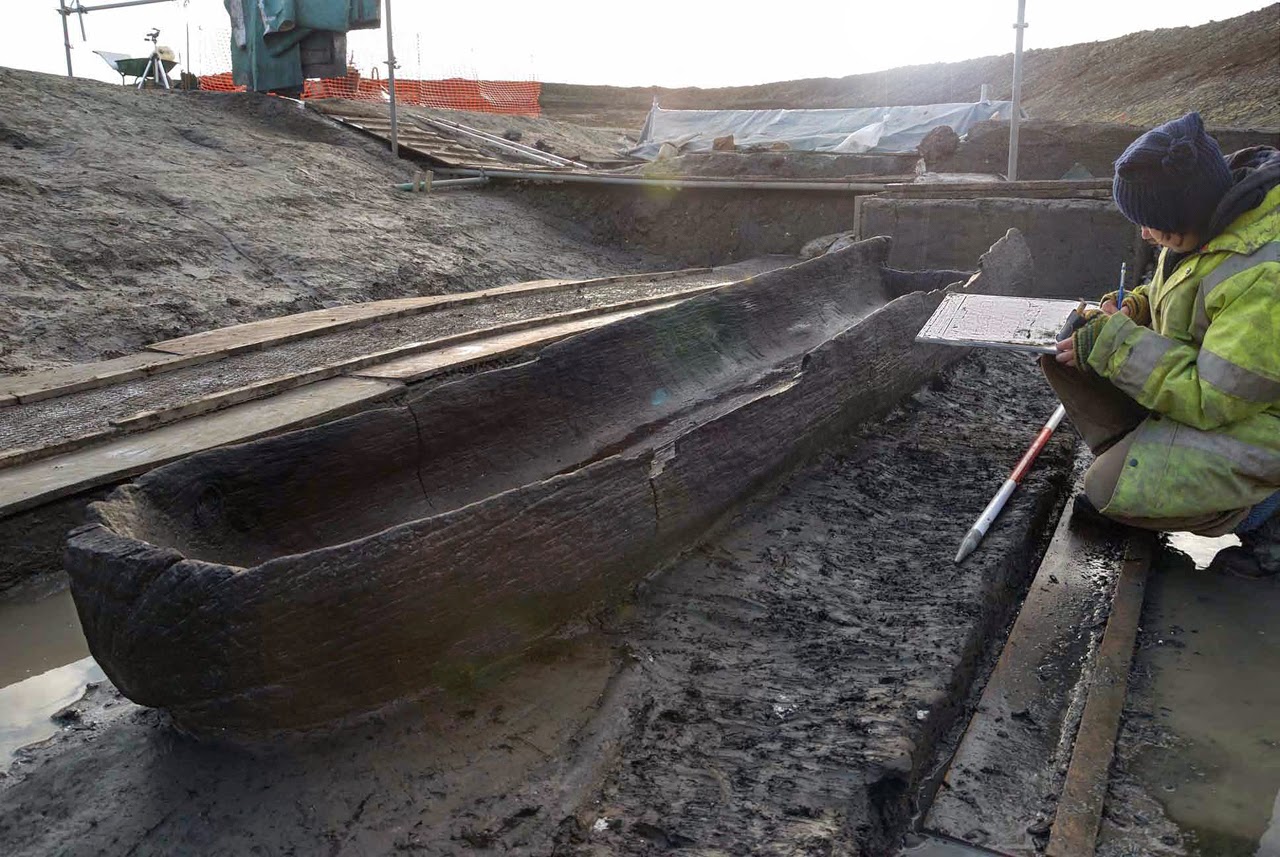 Mark has found a number of Bronze Age boats that he claims 'to be on a slope to the North Sea and the event we will re-explore British prehistory'. For he has found that Britain not only did not have the 'isolated' hunter-gatherer tribes our history books contain, but they lived in Boats communicating and trading with the continent.

Here is the Video from the BBC series 'Digging for Britain' - with a few comments/corrections of my own!

In 2010 I published the first part of my trilogy 'The Stonehenge Enigma' in which I criticised the current archaeological story of Britain as 'myth and fanciful' as they talk about 'hunter/gatherers' of British Prehistory. The book shows that there was no such thing as a 'hunter-gatherer' in Britain as it was flooded after the last ice age, and the population lived on boats and fished for a living, with the occasional visit to land sites (we now call henges and iron age forts) that lay on the shorelines of this flooded landscape.

The archaeologists called it 'pseudo-science' and 'fantasy' and refused to review the book in their archaic magazines and periodicals. However, as you see from this site and its blogs, this idea has now become 'mainstream' and this video confirms this 'aquatic' civilisation able to build a 'fishery' over ten kilometres in length.

To understand how sophisticated this 'open pen' type of fish is here is what we do today in the largest open pen fisheries' country in the world Canada:

Canada has been using the net pen system since the 1970s. Net pen, or cage, technology started to be used seriously in Canada in the early 1980s in New Brunswick when joint government /private projects introduced cage technology from Norway. Cage culture started seriously in B.C. in the late 1980s.

Smaller scale cage culture developed in freshwaters as well, including Georgian Bay, Ontario and Lake Diefenbaker, Sask. and B.C. The oldest operating cage farm in Canada is actually in Georgian Bay. The conventional net-pen is an open mesh net that is suspended within a framework constructed of steel, wood or plastic, that floats at the surface and held in place by down-haul weights.

The arrangement of the cages (net pens) varies considerably. On Canada's east coast typical cages are circular and constructed of high density poly pipe (HDPE). The cages are 60m to 150m in circumference and moored individually within a grid system. On the west coast the cages are often steel with 8 to 24 cages in a group, half on each side of a main walkway.

The cages are typically 15m to 30m across and 15m to 30m deep. Natural currents bring fresh, oxygenated water to the net pens and carry away soluble waste. The solid waste fecal material and uneaten feed settle to the ocean bottom near the cage site. Note that the amount of uneaten feed in negligible because the farmers cannot afford to waste feed, which is typically about 60% of their production cost.

In the video Mark tells us that thousands of fish traps were used over this ten kilometre stretch - so do the maths! If each trap caught just one fish, a day that's 365,000 fish an annum. This is a commercial fish farm equivalent to any modern-day fish company of today.

So we are talking about massive trading all over the continent - and confirms that this civilisation was NOT hunter/gatherers but lived on boats, yet the archaeologists have not understood even scratched the surface of this civilisation - for by 1500 BC this society was in massive decline as we see from the Roman invasion, for these boat's people and these techniques were lost by the time Julius Caesar ventured into Britain. Which gives us an indication of how great this original civilisation was some two thousand years before the boats of Must farm.

Posted by Bob at 1:18:00 pm
Email ThisBlogThis!Share to TwitterShare to FacebookShare to Pinterest