Animation of the New Stone Avenue

A remarkable new Stone Avenue has been located at the UNESCO World Heritage Site of Avebury in Wiltshire.  Previously, two other Stone Avenues called the ‘West Kennet’ and the ‘Beckhampton’ are known to archaeologists as they have some of the massive Sarsen stones that line these Avenues still present, but this newly discovered pathway was never thought to exist.

The last archaeologist to discover a 'Stone Avenue' was the 18th Century antiquarian William Stukeley in 1743, when he found just a single stone to what he called 'Beckhampton Avenue' and speculated that it was the tail part of Avebury's 'giant snake' winding across the landscape with its head at The Sanctuary and also incorporating the monument itself.

But it took until 2000 for excavations by the University of Southampton to revealed he was correct as they found parallel rows of holes that held stones. 120m of Beckhampton Avenue was uncovered indicating that the avenue consisted of a double row of stones placed at 15 m intervals in a similar pattern to those at West Kennet Avenue.


I have named the new trackway ‘Silbury Avenue’ as it is simply the pathway directly to Silbury Hill over Waden Hill from Avebury.


The discovery was made by digital photographic pictures that shows a series of green ‘patches’ that measures over 470 metres in length towards the apex of Waden Hill.  Consequently, we can therefore estimate that if it ran down the far side of the hill towards Silbury Hill it would have been approximately 1500 metres in total length.

From these measurements and by counting the discolorations of this new Avenue, we can estimate that ‘Silbury Avenue’ had at least 19 pairs of stones to the apex with an average of 25m between each pair.  We can also estimate the width of this avenue at about 15m to 20m.  In comparison, the West Kennet Avenue (calculated from Google Earth) has a pairing at a distance of about 22 – 24 metres, and a width of the Avenue is about 15m to 17m – so a very close match.

So why was this Avenue abandoned - and what was happened to the stones that once lined it?

Excavations and restoration work carried out by Keiller and Piggot in 1936 on the West Kennet Avenue showed that this part of the Avenue was built in series of ten straight sections and not the smooth serpentine shape as suggested by the eighteenth-century antiquarian Stukeley.

Where stones were missing, they placed concrete markers above the excavated stones’ holes where they had formally stood, so providing a record of the northern section of the Avenue.  Paradoxically, Keiller's plan survey of this section of the West Kennet Avenue shows it heading away from the southern entrance of the henge, while ‘other’ pairs seem to repair the 'error' by an awkward zig-zag route to connect with the southern entrance.


Recent archaeological commentary on the Avenue has suggested two interpretations for this convoluted approach route. Burl claimed that this was a mistake, of the prehistoric builders in starting the Avenue at both ends but failing to anticipate an accurate direction for each section to join up (Burl 2002).  But Gillings & Pollard argued that Keiller's excavation plan is a mistake, and re-excavation will establish a more direct route for this section of the Avenue (Gillings and Pollard 2004, p. 78).

Yet quite rightly (Sims 2009) suggested that if it were a mistake, then it cannot explain why elsewhere in the Avebury monument complex are displayed highly accurate pre-planned features.
The reality is that Burl, Gillings and Pollard are all wrong, as the discovery of my new avenue shows why such a strange ‘zig-zag’ shape was formed – as the original stones were aligned with the ‘Silbury Avenue’ from an earlier date than the West Kennet Avenue. This Avenue led directly to Silbury Hill but was then abandoned for a path leading SE around the base of the hill to The Sanctuary at a later date.

Moreover, an earlier antiquarian of the seventeenth-century, John Aubrey, recorded how the other end of the Avenue connected to the western entrance of the Sanctuary with the exact same dog-leg design. Showing the two ends of West Kennet Avenue were additions.

The change of direction on the Southern section of West Kennet Avenue shows that this Avenue was used at a very late date in Avebury’s history and after the Sanctuary’s construction.
This would explain why the Sanctuary was altered so many times in its past.  The likelihood is that The Sanctuary was the termination point of the ‘Ridgeway’ over an adjacent hill.

Silbury Avenue doesn’t go in the shortest line to Silbury Hill, but to the highest point, where we find a series of nine Barrows directly to the east side of the new Avenue.


Archaeologists have dated these features as Bronze Age, although no excavations have ever been attempted as the barrows (or other features on top of the hill) were destroyed even before Stukeley visited the site in the 18th Century.

The only major findings made in this area was in “An oval shaped pit”, three feet deep, and discovered by workmen in 1913, while digging a trench for water pipes on Waden Hill.  The pit, situated 105m NE of the pond on the hill, contained Windmill Hill herds, sarsen muller, two flint scrapers, charcoal and burnt flints, together with broken bones of sheep, pig and ox, some of them burnt.”

Silbury Hill
The barrows on the left of Silbury Avenue indicate that these features were built after the Avenue was constructed and not because of them, as the path passes the barrows to one side without termination.  Although the new Avenue would have led towards Silbury Hill, it did not terminate at the monument. As it was inaccessible due to it being surrounded by deep water, which can still be seen today during the winter seasons.


The topology shows that Silbury Hill would have been built as part of the River Kennet, on a natural peninsula.  This high groundwater table which causes this flooding is due to springs that have recently been located. (Whitehead, P. and M. Edmunds. 2012. Palaeohydrology of the Kennet, Swallowhead Springs and the Sitting of Silbury Hill, English Heritage, Research Report Series 12-2012.

My radical ‘Post Glacial Flooding’ hypothesis (now clearly supported by Whitehead) is that Britain was flooded directly after the latest ice age and consequently, these ancient sites were built on the shorelines of these ‘wetlands’. The springs identified by Whitehead are a consequence of Ice age groundwater, which would naturally disappear over time, as the levels fall.

After the ‘great melt’ of the last ice age this area would have been almost completely flooded at the start of the ‘Mesolithic Period’ – about 10 000 BCE.  The only part of Avebury above this ‘initial water level’ would have been Windmill Hill – which is NW of the current Avebury site.  This site shows evidence of occupation as it is what archaeologists call a ‘Causewayed Enclosure’ as they (incorrectly) imagine the moats that were built to accommodate ships and boats were, in fact, dry ditches in an attempt to contain cattle.


Windmill Hill
This use of these sites for this purpose is clearly nonsense, as the time and effort required to dig a ditch rather than build a fence is immeasurable. Although, I have no doubt that after their original use, many thousands of years later, they did serve the purpose of farmers who could not afford nor had the time to build fences.

I have renamed these monuments ‘Concentric Circle sites’ as they are clearly a product of the same civilisation and have this very distinctive feature, which the Greek philosopher and writer Plato wrote about in his dialogues about a civilisation that lived in the 10th millennium BCE.


Once the waters of the Mesolithic subsided, a couple of thousand years later, Windmill Hill would have not been accessible by boat and therefore another site closer to the new water’s edge would have been required – this is the Avebury we know today.  The ditches were built to accommodate (like Windmill Hill) the ships and boats of this trading civilisation.

Unfortunately for our ancestors, the groundwater levels continued to recede, as they have done consistently since the end of the last ice age.  Consequently, the waters failed to reach the moats of Avebury, and they faced the same option as they had two thousand years earlier to either – to abandon or replace?


Again they decided to replace, but this time keep the original site as it had assets, which were not only historic but almost impossible to transport – the gigantic megalithic stones which  purpose we will discuss a little later.

Our ancestors therefore moved to a natural harbour slightly down river from Avebury at a place we call Silbury Hill.  The River Kennet would have been much smaller in the Neolithic Period (4500 BCE to 2500 BCE) but still three to four times larger than today.  Mariners could found prehistoric harbours relatively easily without maps by following the ‘Long Barrow’ markers that acted like giant direction finders and are found all over on the hillsides of Britain.


I understand some readers will find this ‘Long Barrow’ idea somewhat ‘far-fetched’, but not surprisingly this type of navigational aid is commonplace and was used less than a hundred years ago at the birth of the aeronautical industry.

In 1924, the federal government of the United States of America funded enormous 70 foot concrete arrows to be built every 10 miles or so along an established airmail route, to help the pilots trace their way across America in bad weather conditions and particularly at night, which was a more efficient time to fly.  Painted in bright yellow, they were each built alongside a 50 foot tall tower with a rotating gas-powered light.  And each station had a little rest house for the folks that maintained the generators and the lights. These airway beacons are said to have been visible from a distance to 10 miles high.

So not only did they build seventy foot bright yellow arrows they also illuminated them at night and during bad weather.  Strangely, this is no difference to what our ancestors did in the past with the introduction of the boat.  Long barrows are over 300 foot long, built with a higher back end and a smaller front end (in height) so it will look like a gigantic pointer from a distance as it was made of bright white chalk, and the harbours had fire beacons, and this is the secret of Silbury Hill - it is a fire beacon.

The above information and illustrations are just an extract from my new book published TODAY:

Which can be obtained in both Paperback and Kindle formats on Amazon.

The other chapters contained in the book include:

The Flood Evidence - scientific evidence of Avebury's past rivers and flood plans.

The Harbour - We follow the trackway down Waden Hill to find something truly remarkable.  Another lost ancient mound which was used to load the ships of Silbury Harbour.

A recent visit 20/03/15 we found new evidence to support the New Stone Avenue Theory - large Sarsen Stones at the bottom of Waden Mount that indicated they have fallen from the plateau top.

The Sanctuary - When the waters finally receded from Silbury Harbour The Sanctuary was adapted to take ships for Avebury.  We will show you the 'next generation' of these harbour lighthouse, which are seen in other sites like 'Woodhenge'.

The Stone Money - Finally, we answer the most frequent question about Avebury 'what was the function of those gigantic stones?' 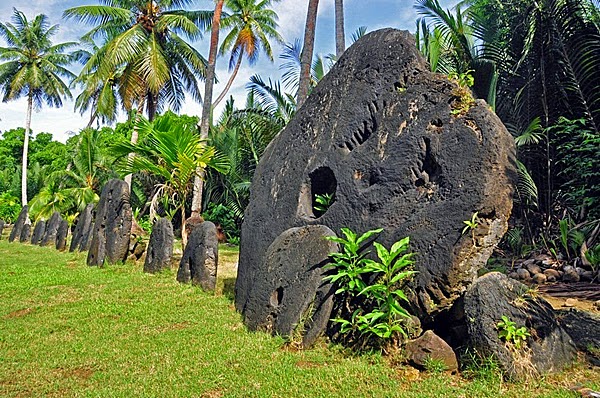